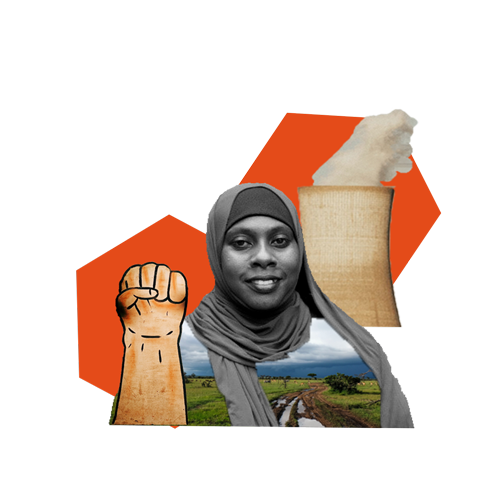 Violation: intimidation, harassment, threats along with other activists and organisations involved in Save Lamu

“We, the people of Lamu, were not consulted about the coal power plant project. So, we could not stay silent about it. As women, there is a strong relationship between women and the land, we are the custodians. If you destroy water sources, or farmlands, it is women who are hit hardest – we will be displaced, our children will be displaced, our livelihoods threatened. So, no, we could not stay silent because our lives and livelihoods are on the line.”

The wide-ranging infrastructure ‘development’ initiative known as the LAPSSET (Lamu Port South Sudan Ethiopia Transport) corridor promised a slew of projects across East Africa, including an oil and gas pipeline, airport, ports, railway construction and a coal power plant. Communities opposed the power plant and demanded their right to participate in any decision-making of the projects taking place in their area.  But their demands were largely ignored. The coalition of community organisations, Save Lamu, also faced harassment, accusations of undermining the region’s ‘development’, and more for rallying against the coal project.

In 2016, Save Lamu, through the Katiba Institute, filed an appeal with Kenya’s National Environment Tribunal (NET), to challenge the issuance of an Environmental Impact Assessment (EIA) License to Amu Power to build a 1050MW Coal Power Plant in Lamu County. The community argued that they had not been consulted, there was little to no participation in the EIA, and that the assessment disregarded critical factors such as the impact the project would have on the environment. Sixteen witnesses testified during the hearing, nine local and seven international expert witnesses. Raya Famau Ahmed, one of the local witnesses, experienced high levels of harassment and backlash for organising the legal challenge and serving as a petitioner in the court case:

“I … was standing as one of the petitioners in the court case against the power plant, and I was representing women who were against the coal power plant. No one else would go. The women were afraid, we were all afraid that they might attack our families, they might attack our ids. So, we agreed that I will go to represent us. As soon as it became public knowledge that I was one of the witnesses at the court case, then the police showed up at my house. It was a sign that they were watching me.

Around 2016, around ten policemen came to my house at night. They knocked on the door, they said they had information that I had a weapon in my home. They wanted to search the house. I was afraid, so I hesitated. They threatened to force themselves into the house – so I had to let them in. I was so afraid.  They searched the house and did not find anything. They eventually left and claimed there was no gun.

In the morning I went to the district commissioner to submit a complaint. All I could think is that if this can happen to me, then what will happen to other women who are also speaking out against the coal plant?

The police have raided the offices of Save Lamu multiple times, confiscating materials, and interrogating the employees. They have accused the organisation of working with terrorist groups and some members have been detained. There were many strikes against us from the government because they said, ‘You are opposing the government and you are going against development. You are inciting others to be rebellious.’”

The community eventually won against Amu Power in a historic ruling delivered on June 26, 2019. While the COVID-19 pandemic has paralysed activities in the area for now, development projects across the region, including the East Africa Pipeline and the Nairobi Expressway continue to be on the agenda, and so the struggle of activists like Raya who are fighting to be heard and to defend their lands and territories continues as well.

“As a woman globally, it’s a challenge to speak out…I come from a predominantly Muslim community, where there is very little space for women to advocate for our rights. But we have stood firm. That is why we joined the coalition with Save Lamu so all women can be empowered to say, ‘We are here, and we protect other women and our environment’.”

“As a woman globally, it’s a challenge to speak out…I come from a predominantly Muslim community, where there is very little space for women to advocate for our rights. But we have stood firm. That is why we joined the coalition with Save Lamu so all women can be empowered to say, ‘We are here, and we protect other women and our environment'.” 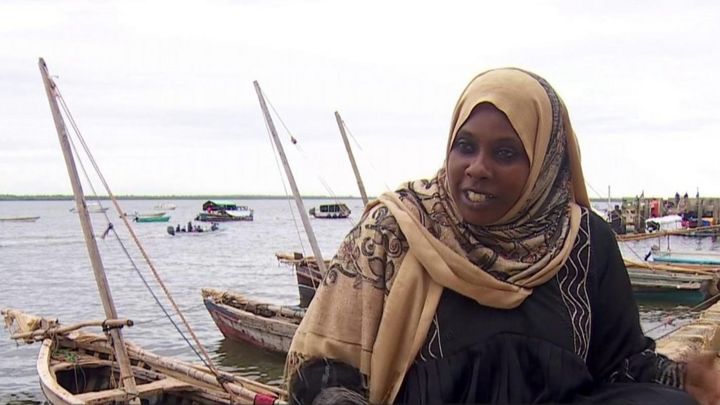