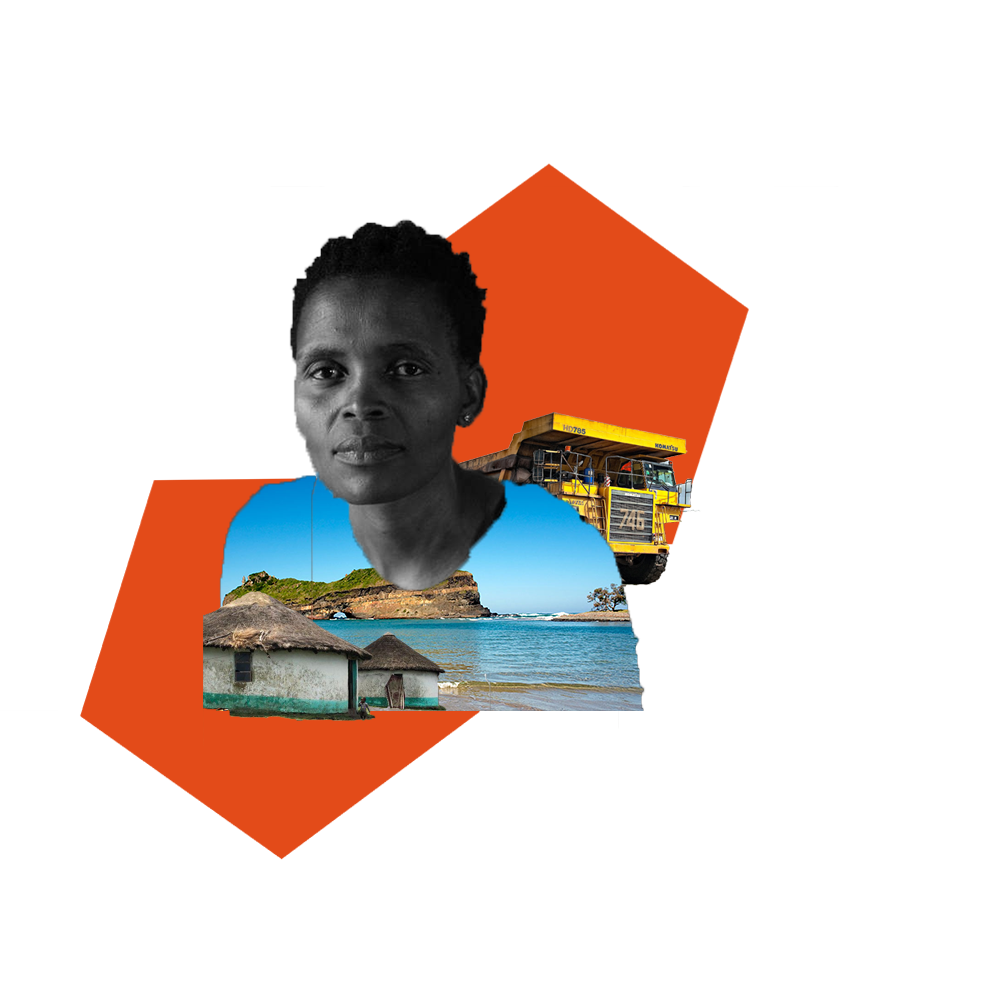 Violation: Facing death threats for her activism to stop titanium mining in her community.

[On Sunday 15 November 2020, Nonhle Mbuthuma, a key leader in the Amadiba Crisis Committee (ACC) which is defending their land against titanium mining, received an SMS from an unknown number which set out a clear threat to her life, and to other activists in her community. It is important to note a prior assassination of a leading ACC activist, Bazooka Radebe, in March 2016, a case which remains unresolved, and in the last few weeks the suspicious death of another ACC stalwart.]

“We’re in a war, I never thought at this time in a democratic  opens in a new windowSouth Africa that we would face these struggles. We are fighting for our Right to say NO.

We live in a rural area along the beautiful Eastern coastline of South Africa.” [In 2007, Transworld, the local subsidiary of Australian corporation Mineral Commodities (MRC), first applied to mine titanium in a large expanse of territory covering 2 867 hectares and affecting hundreds of families in the Umgungundlovu area.]

“The mining company has been pushing hard for the mining to start, but the community said NO from the beginning and continues to say NO! This land is our ancestral land; we cannot be moved. This land sustains our livelihoods; we’re producing many crops and are self-sustainable. We have our ancestor’s graves here which connect us across time with our history of life on this land, and we depend on the ocean as part of our livelihoods. If there’s mining the land, water and ocean will become polluted with toxic chemicals. Mining will only lead to poverty and give great wealth to a few.

It has been really difficult to chase the mining company away. They are working hand in hand with national government departments, and with very powerful people in provincial government. They have corrupted a few members of our community who work hard to divide us. Over time, we have invited decision-makers from various government departments like the Department of Mineral Resources (DMR) and the Department of Environmental Affairs (DEA) but none of them wanted to listen. We say very clearly that we must be heard. Human rights must be put first above profits for a few. Development must come from the bottom up.

We lodged a case against the DMR and successfully won the case but once again government does not want to listen and has gone on to appeal the judgement. This is a wakeup call to investors to say that we as rural communities must be respected, that we cannot just be bulldozed into submission.

As a woman human rights’ defender, I’ve been supported by the community and many others across the world, but patriarchy is very entrenched here in South Africa. Some men even in our communities, and in government, mining companies and banks don’t think that women have an opinion and should be given a voice. Our views are very important because as mothers, and as carers, we are the ones that think about the future generations.

In light of the recent threats to my life, I’ve received much local and international media attention and civil society organisations have also greatly supported me. I’ve opened a case of intimidation and harassment with the police. They say it’s a number that is not registered, but they haven’t done enough to investigate further.

The struggle of Xolobeni is not just ours, there are many others across the world who face the same struggles. This fight is for my children and those in our community. As women, we are the pillars of the earth. You can’t build a house without a pillar.”

“This fight is for my children and those in our community. As women, we are the pillars of the earth. You can’t build a house without a pillar.” 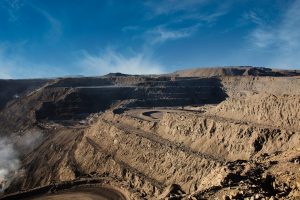 The women of Chiadzwa