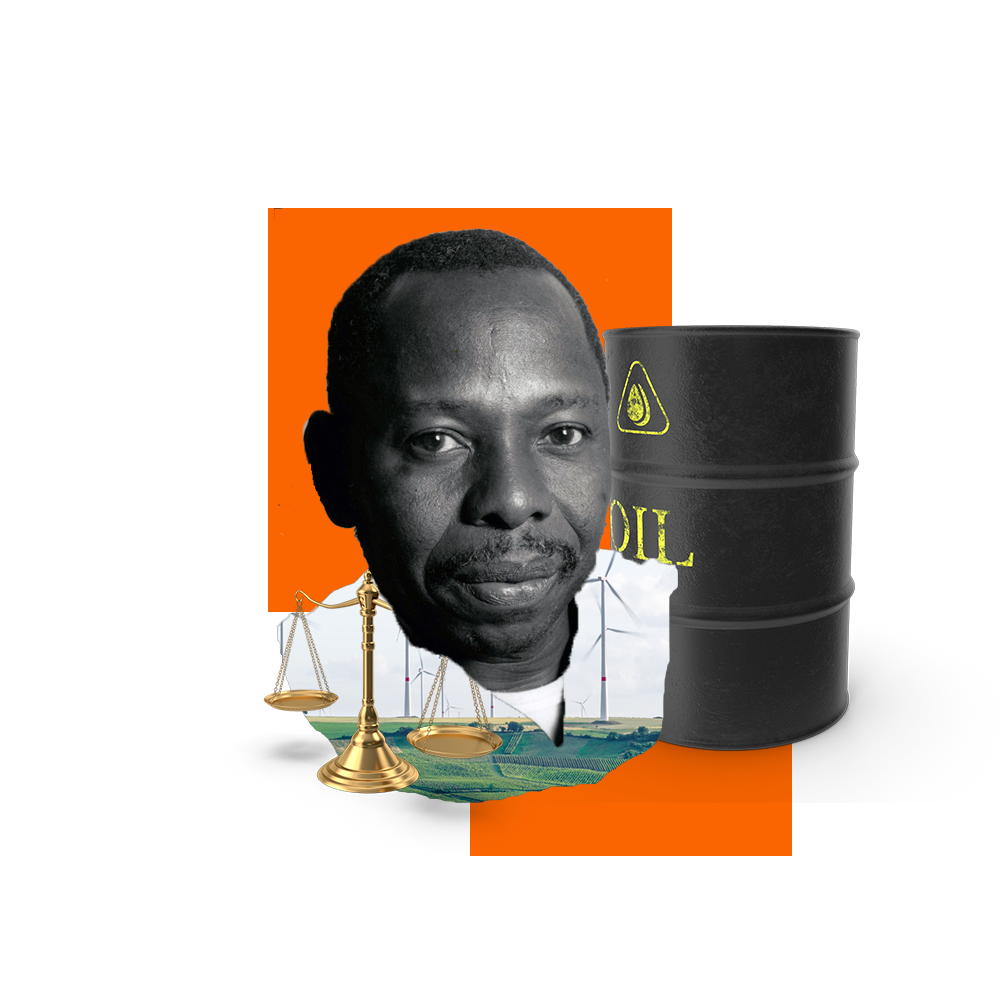 Ken Saro-Wiwa was a prominent Nigerian author, environmental and political activist who fought against the environmental damage and exploitation caused by destructive oil extraction activities of multinational companies, specifically Royal Dutch Shell in Ogoniland in the Niger Delta. An outspoken critic against the government and human rights campaigner he was president of the Movement for the Survival of Ogoni People ( opens in a new windowMOSOP) (founded in 1990) where he led a non-violent campaign to defend the rights of the environment and the Ogoni people against frequent human rights violations and the plunder of natural resources.

Oil exploration and production in the Niger Delta had begun in the late 1950s, but the operations of several oil companies, and Shell in particular, were suspended in Ogoniland in the early 1990s due to local protests and disruptions led by MOSOP.

Under the military dictatorship of General Sani Abacha state violence was ratcheted up to safeguard the oil industry and party interests. Saro-Wiwa, together with eight other activists (collectively known as the Ogoni Nine) were arrested on trumped up murder charges and executed by hanging in 1995. His last words were “Lord take my soul, but the struggle continues“. His death resulted in international condemnation by numerous human rights organisations and governments across the globe.

Ken Saro-Wiwa was posthumously awarded the Right Livelihood Award and the Goldman Environmental Prize. Twenty five years later and justice is elusive – no one has been held responsible for the killing of the Ogoni 9 – and, while the oilfields and pipelines have been largely dormant since the 1990s, the people of Ogoniland still suffer from oil spills and pollution from major oil pipelines which cross their territory.

"The inconveniences which I and the Ogoni suffer, the harassment, arrests, detention, even death itself is a proper price to pay for ending the nightmare of millions of people." 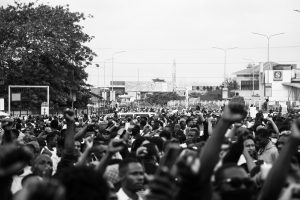